RinkSense uses a novel and efficient concept to create multiple rotating (vortex) streams to disperse and, under the right flow conditions, remove micro-air bubbles in cold water. Water entering the RinkSense system is channeled into several streams where rotational flow is induced. Shortly after entry, vortex flow is established in these water streams and a final flow dynamic is introduced to enhance the process. On exit from the system, the individual rotating streams wind together, forming a rope like single stream which remains largely intact until released to the atmosphere where micro bubbles may be released. Water processed in this manner is expected to retain its characteristics for a period of at least 24 hours.

Rotational or vortex flow dynamics have been used for many years for separation and dispersion of gases, fluids and solids and rely upon basic principles of pressure gradients, shear force and, more recently, cavitation.

Rotational or vortex flow is characterized by a low pressure zone along the centre of its axis of rotation and a high pressure zone at its outer boundaries. These pressure differences are referred to as pressure gradients. Air trapped in the water in the form of macro/micro sized bubbles or in the form of threads or clusters (air likes to stay with air!) can be induced towards the low pressure area of the vortex flow. The air may then separate from the water flow under the right conditions.

Shear forces or zones are areas in a rotational or vortex flow where water velocity changes rapidly over a short distance. Shear force is capable, together with pressure gradients, of shearing and dispersing: air bubbles, clusters and threads of air.

Also the combination of pressure gradients and shear force under the right flow conditions will induce a condition called cavitation which is: the formation, growth and collapse of air bubbles. Collapse and splitting of air bubbles create intense shock waves and high local temperatures and pressures leading to further dispersion. Many applications of cavitation exist today and it is well known to change particulate structures.

RinkSense employs the above principles to enable cold water flooding. The combined impacts of the processes produce fewer and more finely dispersed micro-bubbles in water, resulting in enhanced ice crystallization formations. Finely dispersed micro-bubbles left in the water inhibit the formation (nucleation) and entrapment of long-grained cones or threads in the ice, the condition normally associated with cold water usage. When properly applied to an ice sheet, the RinkSense result is clearer, harder ice, allowing operators to maintain ice at a higher temperature, while users benefit from similar, or better, ice surface quality.

Pressure and velocity gradients cause 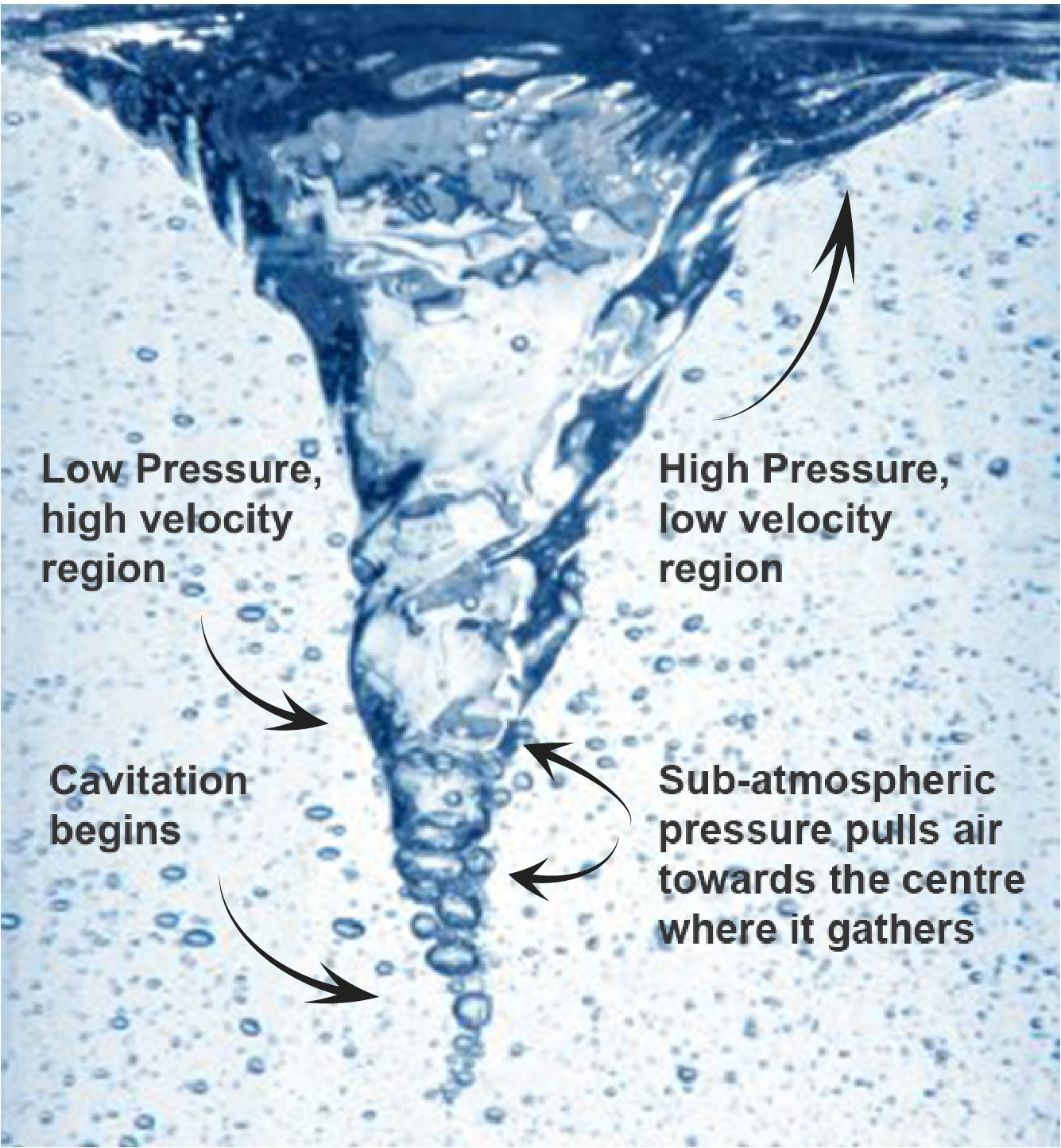 Looking for better ice while saving money for your arena?

Contact us today for a free consultation or more information.